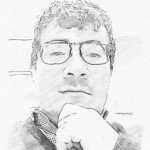 May 29, 1985. Heysel Stadium in Brussels. The strongest European football team against Italy’ Princess. Liverpool-Juventus. The Red Devils team won the highest European competition, one year before so defeating another Italian football team, AC Roma. The final scored result of the British soccer team after penalties. Both full-time and extra time ended with 1-1 as result. FC Liverpool had to defend the won Cup in 1984 at Olympic Stadium in Rome.

The city of Brussels was ready to host the final; the challenge to win the old Champions Winners’ Cup, known as Champions League today. The choice of Brussels to play the same Final was been criticized because the Heysel Stadium did not have many sit-down places. Many supporters, both Italian and English people from the UK, arrived in Belgium. In the opinion of the security experts, the global number of them was more and the maximum occupancy.

Before the match, the drama! Liverpool supporters’ group, described as too violent from Scotland Yard, also due to the imprudence and superficiality of Belgian Police started to attack the Z sector full of Juventus fans. A very bad fight between sports fans started. The pressure of Liverpool hooligans was so strong that the wall collapsed. It was fatal! 39 dead people, exactly 32 Italian supporters lost life together with other foreign supporters. The Champions Winners’ Cup final started 1 hour and 10 minutes later; before starting, more than one asked not to play it.  However, UEFA Organization members decided that the Champions Winners’ Cup match had been to be played.

Juventus and Liverpool entered into the soccer field so the football match started. Juventus scored a 1-0 goal by penalty of the French striker and leader of the “Bianconeri” soccer team, Michael Platini. After the scored penalty, he was happy and rejoiced for the scored shot. FC Juventus won the first Champions Winners’ Cup, the saddest of soccer’ history. 15 years later, during the UEFA Euro Championship in Belgium and Holland in 2000, the ex-French striker, “Le Roy” Michel Platini, exclaim to all media: “I would no longer come back to the Heysel Stadium” (Source: La Repubblica. Link: https://www.repubblica.it/online/camp_europeo/tardelli/tardelli/tardelli.html?ref=search). He said this before the football challenge between Italy National Team and Romania for the Euro 2000 Quarter-Final. Very criticized words; he enjoyed 15 years before, after his scored penalty, and in front of all killed people who stayed in the side-lines of the soccer field, lying on the ground.

Zbigniew Boniek, ex-football player of Juventus and AC Roma, during an interview, said: “On that night played against me”. (Source: La Sala della Memoria– Heysel. Uploaded article by Paolo Ziliani from Italian daily magazine, Il Fatto Quotidiano). Marco Tardelli, ex Juventus football player, World Champion at FIFA World Cup 1982 in Spain, until now does not want to remember the Heysel drama. Concerning it, he said exactly: “I won a Champions Winners’ Cup, but I remember it sadly. It was a world soccer defeat” (Source: Fanpage.it. Link:  https://www.fanpage.it/sport/calcio/tardelli-e-il-ricodo-dell-heysel-non-ritengo-di-aver-vinto-quella-coppa-dei-campioni/).

That is because the terrible Z area of the Heysel Stadium of Brussels has not existed. It was been built, some days before the important European football match, using a simple garden fence. Besides, before the kick-off whistle, any Belgian Police did not control the security. So for the violent hooligans, very drunk, was so easy starting to attack and charge the Juventus fans’ sector. Another scandal, described by Francesco Caremani across his biographic book, was the high sold tickets’ price for the same terrible Z sector. The real theft of that dangerous evening of the end of May.

At the end of the sad European Final at Heysel Stadium, all English football teams was been eliminated from all International soccer competitions for long five years, until 1990. Italia ’90 World Cup was the first soccer appointment for England Selection. Bobby Robson, the England Coach, after the friendly match against Italia National team, played at Wembley Stadium in November 1989, and some months before the World Cup 1990, decided to visit the city of Cagliari where the Sant’Elia Stadium is. England team would play all eliminatory round matches, there. Italia ’90 World Cup was the coming back of British supporters to see a football match.

May 29, 1985. 35 years after, the nightmare named Brussels. For FC Juventus the first sad win”. “The spectrum of the bloody Cup, forever”.